We are soon to enter a new festival season, and many of you are now are leaving studies or work for some days, or even weeks off. Spend time to celebrate christmas in one or another fashion, spend time with family and friends, and spend time gaining strength. While it’s good to have some time off, it’s also great to have some time to work on some projects, read some new literature, and learn some new things. Here are what I believe to be some of the best sources to various knowledge on the Internet.

TED is a conference series about Technology, Entertainment and Design that has made most of their content available online for everyone to see. They offer a variety of lectures about the topics in question. These lectures are constrained in length and the speakers (some of the world’s brightest minds) are invited to speak of what they believe to be most important. TED has also been franchising out their concept into what is called TEDx conferences, and many of the lectures held as these are also available.

There are many TED videos worth watching, and new are released almost daily. If you do, as I, use iTunes to subscribe to podcasts I can recommend the TED-podcast for a daily inspiration and deeper understanding in matters that matter. Here are some videos I recommend and that I find interesting, some of them are a couple of years old, but they are still important and amazing.

In this video Ken Robinson speaks about the importance of making a school system that also appreciates other forms of expression than the ones expressed typically by the right part of the brain. Not only is this movie interesting, it is also very funny. I laughed a lot watching this movie, not only because Sir Robinson is a funny man, but also because of some of the interesting truths this speech articulates which makes you reconsider thoughts and ideas you have.

This video has really been viral after the death of Jobs earlier this year. It is curated through TED’s best of the Internet. The speech was originally held and filmed at Stanford University. I think this is one of the most inspiring speeches to graduating students ever held, and I bear with me some of the ideas conveyed in this rhetorical masterpiece.

This video is also an old classic. The Swedish Professor Hans Rosling has become an Internet star in his quest for giving people a more correct understanding of the contemporary world. Through his software GapMinder he gathers data and visualises them in a way that helps us understand the state of the nations and global issues through data. His speeches are also great as he contextualises the data in a good way, one of his latter ways of conveying knowledge is through using inventions such as his grand-mother’s washing machine to explain important shifts in humans’ ‘lebenswelt’.

This video shows technology already available for synthesising many images into huge image worlds. Microsoft’s Photosynth technology is available, but the wow factor of this video documents some of what will be recorded in history when we are to understand the shift from the document based alphabetic web to the emerging. I think Blaise Aguera y Arcas also presents this technology in a good way.

There are many ways of using an iPod, but Marco Tempest probably show you a way you have never seen before. Ingenious timing and creative use of technology creates a spectacular from everyday consumer electronics. This is true inspiration on how technology can be used in the arts and I hope to see many less known magicians making (christmas) party tricks application in the future.

RSAnimate is a collection of lectures held by great minds organised by the Royal Society for the Encouragement of Arts, Manufactures and Commerce, then edited and visualised. I wished that every educator could make such drawings in real-time as it is a great way of remembering things both visually and auditory.

In the first video Matthew Taylor explores the meaning of 21st century enlightenment, how the idea might help us meet the challenges we face today, and the role that can be played by organisations such as the RSA.

In the second Ken Robinson (who also has a great lecture at TED.com – linked above) speaks about educational paradigmes and how the school of today isn’t suited for the world of tomorrow. I think all who have ever been to school have an opinion on how the education was conducted, and in this video Robinson addresses some important questions such as schools in an age of instant gratification and information overload.

The third movie I want you to see is one of the psychoanalyst and culture critic Slavoj Žižek. In the animation of a section named First as Tragedy, then as Farce (the name of one of his excellent books) he speaks about modern capitalism and how values are embedded into every aspect of the economic reality. Quite refreshing from a critical mind. You should also subscribe to his writings in The Guardian.

iTunes U contains a wide variety of lectures held at the worlds foremost universities. The variety in topics, educational and technical quality is large so it make time some time to find the best lectures. Luckily some of the best lectures are promoted, and Apple change between interesting sub-categories often. I have used this resource primarily to follow lectures in computer science, but also in various humanistic fields. I have found the iPod and iPad development lectures by Paul Hegarty and the the Human-Computer Interaction Guest Lectures at Stanford University, the Cambridge Ideas short videos, and the introductions to programming lectures as well as the Innovation/invention lectures from MIT inspirational and educational. It’s definitely a great resource to be able to access the lectures at the best universities in the world. Edinburgh University does also have a lecture series that has been promoted the last few months: the Gifford Lectures containing among other a lecture and Q&A with former UK Prime Minister Gordon Brown. 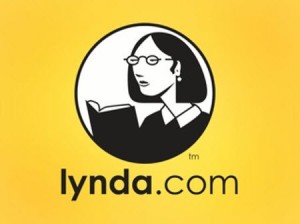 is a great place for screen captures in many of the creative software products from Adobe, but also for web-design and 3D and more. They are constantly updating their web-page with new lectures, the entry point is low and the amount of information you get is normally high. The lectures are also organised into chapters and topics, so it’s easy to come back to check how they solved your problem in a lecture. The exercises are relevant and it seems that they cover technologies requested by the market. For many the page may be a bit too general, for topics as e.g. Ruby on Rails there are two lectures, one fundamental and one for experienced users. Lynda does not discuss a certain technology that thoroughly as e.g. the specific screen casts for these technologies. In general Lynda.com is a great place to learn about new technologies and to get a good introduction, but if you are an expert it may find it too pedantic.

I recently re-heard the title track of many of the great courses audio courses while watching The Office, and even if the concept of DVDs with lectures may be something Michael Scott from Dunder Mifflin would appraise, it is also a great idea for us mortals. The courses is about everything from science, to language to history. The lecture series on Great Minds of the Western Intelectual Tradition is one of my favourites, among the Modern Intelectual Tradition: From Descartes to Derrida and No Excuses: Existentialism and the meaning of life. Their lectures comes in both video and audio format. I found that I like the audio best as I can listen to the lectures while traveling. While living in Edinburgh I used half an hour each way to the university and being able to follow these courses made each one of them into an educational journey (dannelsereise).

Do you have any other favourite videos at any of the sites I mentioned earlier, or perhaps you have other sources to knowledge that are simliar, in that case, I would greatly appreciate it if you could give me a link in the comment field.

Finally, I want to wish all my readers a merry christmas.

The picture depicts Hans Rosling speaking at TED. The image is taken by Bill Holsinger-Robinson and is licensed under a Creative Commons license. Please refer to the picture on Flickr for more information.

One thought on “Christmas Learning”