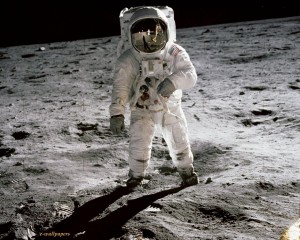 Doing a semester in one and a half month sure is exhausting, but its also interesting. I´ve allready delivered my exam in popular medias and now its time for the other course media-usage, power and society. This course count 20 ECTS and has a lot of litterature, including much sosiology and jounalism. (So far.)

A little, but also interesting part of the literature covers the so called media events. Typical examples on media events are the first moon landing, the olympics and the funeral of president Kennedy. A media event is a conjunction of live, remote and interrupted and preplaned. The transfer of the media events is live. This includes a tension that something can go wrong. It also adds a new dimention since its audience realizes that its in fact happening in the same moment its displayed on the screen (some delay in transfer). Its also arranged outside the media studioes and institutions, this gives the remote perspective. The interuption comes from the fact that its an event happening which breaks with the normal harmony of the schedule. Its something which is not normal, something special. At the same time its preplanned. So how be interruptive and preplanned at the same time. Its an interruption from the long-time schedule, but also known to happen. An example on this is the Kennedy assasination and funeral. Where the funeral was a news happening with big dimmention was it not a media event. On the contrary the funeral was a big media event. Something people were speaking about in advance and something which the different channels were anouncing. The typical media event is something cermonial.

The media events can be divided into three different categories: Contest, conquest and coronation. The contest could be the olympics. Its a Fixed cyclical event with agreed rules where the role of the TV presenter is to be Nonpartisan and the role of the audience is to be Judging. The rules are supreme. The conquest is not fixed – only once . There are no rules and the role of the TV presenter is Bardic. The role of the audience in this case is to be Witnessing and investing hero with charisma or disbelief the whole thing. This could be for example the first time a man walked on the moon (“One small step for me, a gigant leap for humanity”), it will also be this when the first Norwegian man walk on the moon. (“Shit, this is not the dentist office”) The last and most special (dont know if the book means this, but I do) is the coronation. This is also not fixed. its rules is tradition bound. The role of the TV-reporter is reverent and the role of the audience is to renew contact with center. A typical example of this could be royal wedding. For the fun of it I could take the wedding between princess (after the wedding) Mette Marit and prince Håkon Magnus. This ceremony is prepared and the audience can participate in it. The formal TV-anchor is directing the attention to an old man (or woman) which comment upon it, but not beeing critical.

Well probably not the best intoduction and explaination, but this is what I wrote down in my papers earlier today.

Source: Dayan, Daniel and Katz Elihu: Media events – The live Broadcasting of History with some person comments on my account.