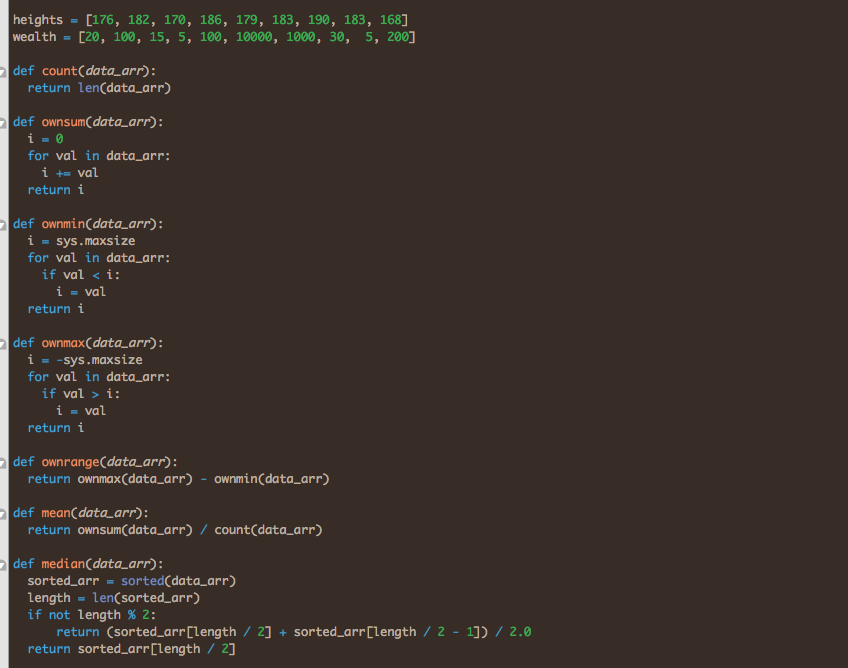 Statistics can be mighty useful, and a little programming helps it getting even better. I often find that I through code can grasp the fundamental function behind how things work, and I have tried to apply this to statistics as well. In this case to descriptive statistics. Join me in this short attempt to let statistics unconceal itself. Getting ready: Extremistan and Mediocristan This little text is looking closer on some of the descriptive methods of statistics, and to do that…

According to Swedish professor in International Health and distinguished TED-speaker Hans Rosling many of us have an outdated conception of the world’s economic situation. At a recent lecture at the University of Oslo Rosling pointed out that while the USA, straight after the outbreak of the recent economic crisis, became in debt to Brazil, countries in the west including Norway provide monetary support to Brazil. The picture below was taken at an economic summit hosted by then president George W….