Last semester I took a course in Movie History at the University of Oslo. Here are some movies I saw and liked. Watch them and tell me what you think. 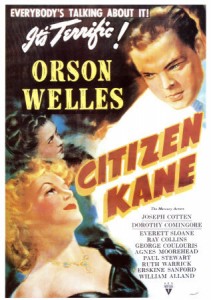 This movie, made by the multi-talented actor and director Orson Welles, tells us the story of a prosperous business man and newspaper tycoon named Charles Foster Kane. After his death a journalist, Jospeh Cotton, travels out to revial the truth about Kanes last word: “Rosebud”. During Cotton’s search for the truth we are included in a long and interesting adventure, in which we learn more about Kane and how he got and expanded his fortune. Foster Kane is played by Orson Welles and he does a good job portrating both a young and courageous up-and-comming media star and the latter powerful, but let-down and to some extend sad media mogul. The movie has an impressive narratology which also today fits the conventions we see in recent films. A must see movie.

This Italian movie was shot in the ruins of Rome few years after the Second World War. The story begins when the main character Antonio, despite high unemployment, get the oportunity to work. The only requirement for getting this job is that he needs a bike. After selling off his families bedlinens he finaly rises enough money to buy a bike, but during his first day at work this is stolen. From this point we follow Antonio and his son on a long and hopeless search for the bike throughout the city. The movie addresses many contemporary problem and it also refer to powerful contemporary institutions including the church and the communist party. This movie is considered to be one of the best advocates for the Italian Neorealistic era.

In this classical movie from the New Frence Wave Era we meet the two friends Jules and Jim who lives modern lives in pre-war France. Jules is French and Jim is Austrian and as the war break loose they are both sendt in to the war, but on the different side. After they reunite, Jim is married to their old friend Catherine. The friendship between Jules and Jim evolve dispite their love triangle with Catherine. 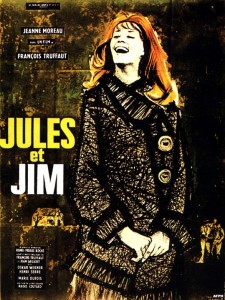 Another movie from the New French Wave, by the other prominent director from this movement Jean-Luc Godard. Inspired by many of the same directors as Truffaut, Godard had a more alternative aproach to movies, this is examplified by the jump-cut scenes and a rougher more experimental style than Truffaut’s movies. In Breathless we follow the habitual crimminal and irresponsible sociopath Michel Poiccard, who steals a car and murders the motorcycle policeman who pursues him. He meets up with an American girl studying journalism, and forms a relationship with her.

This German movie is based on the book with the same name by Günter Grass. Oskar sees in a young age the immoralities of the older generations, and to prevent himself from growing he throws himself down the stairs. The eccentric Oskar, who is the protagonist of this movie, got a tin drum for his birthday when he turned three. His a compulsive drummer, and each time anybody tries to take away his drum he scream in a high pitch voice that make glass shatter. There is uncertain who Oscars father is, since his mother, in addition to her German husband Alfred, is having a sexual relationship with her Polish cousin Jan.  The movie is set to the periods before, during and after the Second World War in the city of Danzig/Gdansk and the historical events are related to the narratology of the movie.

I stand alone (Seul contre tous) is, as The hate and The bicycle thief  a movie from the genere Realism. In this movie from 1998 we meet an unsuccessfull butcher who in his young life tried to make all the right decision, but who ended up murdering a man after he thought the man had an intercourse with his daugther. After his stay in prison he is a man living in bitterness. He founds a new family but ends up killing his unborn child before running away strolling around, and comment upon the world. The comments are told from the first person, and most of this monolog is quite morbid. With that being said this is an interesting movie showing us the world through the eyes of a man who walks alone and stand alone. 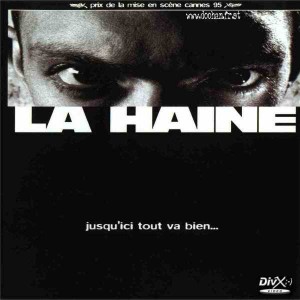 In this movie from the period coined “Neo-neo-realism” Kassovitz takes us to the ghettos in Paris’ suburbs. Here we meet three friend and their acquintances as the riot between the police and the locals starts. The movie was made around the same time as the problems in Paris arise in 1995. The movie has traits from the documentary genere, and give us a glimpse of the word within the getto where gangs, drugs and violence is a day to day problem. One of my favourite things about this movie is how it mixes the serious topics with charming homour and energy.

More about Italian Neoralism, the French New Wave and other currents after 1945.